May Metal Mayhem at the Midland – Opeth, Gojira, and Devin Townsend Project

Posted by: Josh Chaikin in Concert Reviews, Rock and Heavy Metal May 15, 2017 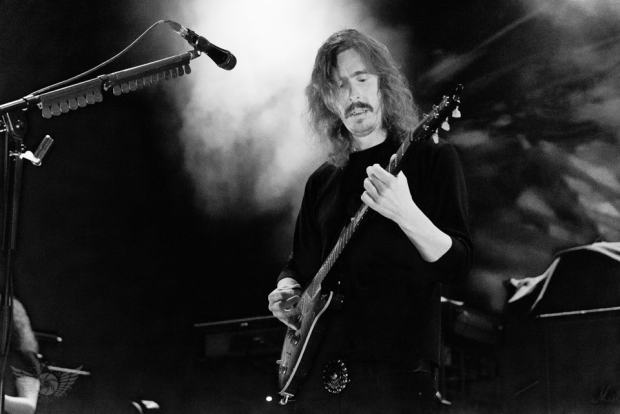 Another weekend and another loud rock show to report. This time, it was the likes of Devin Townsend Project, Gojira, and Opeth, who brought more metal than a scrapyard to the Arvest Bank Theater at the Midland in Kansas City.

Having been pretty new to Devin Townsend Project, the layman in me would describe the set as nerdier, harder version of Weird Al – replace the accordion and the goofy songs with metal and an equally nerdy/funny frontman and you have a hell of an opening act.

Up next was French metal quartet Gojira. As the name may suggest, these guys definitely brought rock of monumental proportions. The set opened with Only Pain from their latest release Magma. Following that was the track The Heaviest Matter of the Universe, which interestingly, would really lead the set in terms of figurative definition. The band played on with dazzling light and smoke effects, lending more than half of the set to new material. The 11 song set ended with Pray

I’ll admit that I came into this show with very limited knowledge of any of these bands, but I whole-heartedly think Gojira ran away and stole the show. The combination of brutal metal combined with an amazing stage show really gave the audience member something more than just a good musical performance.

Last up to the stage was our headliner, Opeth. These veteran Swedish rockers really brought the crowd for the final act of the night. Opeth started the set off with title track from their latest release, Sorceress, and continued to delight fans with Ghosts of Perdition, Demon of the Fall, and The Wild Flowers. As much as they drew fans as the main attraction to the show, Opeth really seems to fit musically in between Gojira, and Devin Townsend Project in terms of melody and metal; the juxtaposition of both is really what gives Opeth the staying power for all these years. Opeth ended their 10 song set with the thirteen-minute-long song Deliverance.